DON’T GET COMPLACENT WITH COMPLIANCE

To keep your Driver Certificate of Professional Competence (CPC) you must carry out 35 hours of training within a five-year period to maintain your bus, coach, or HGV driver’s licence.   For many drivers that five year period will expire in 2024, and while that’s still two years away, with the shortage of CPC facilitators… Read more »

Sam Hay, Training Manager at Backline has signed up to a two-day training course this month to become an accredited trainer for the Association of Lorry Loader Manufacturers and Importers (ALLMI).     ALLMI is the UKs only accrediting body to specialise in training for each member of the lorry loading lifting team, to ensure… Read more »

Backline Training is Booming, with New Recruits and the announcement of Additional Government Support

The haulage industry is vital to the UK economy. It’s an integral part of domestic supply chains with links across many sectors, from food supplies and medical products, to manufacturing and construction.   Historically, there has been a shortage of qualified HGV Drivers, which has increased from an estimated 45,000 in 2016 to 76,000 today,… Read more »

Backline Training, based in the South West of England is celebrating a boost in business since partnering with MT training and becoming an accredited trainer for the National Plant Operators Registration Scheme (NPORS).   As an existing training provider for AITT, Sam Hay (Training Manager) at Backline Training saw an opportunity to enhance their offering… Read more »

Why you NEED to know about PUWER…

The Provision and Use of Work Equipment Regulations, commonly referred to as PUWER, was passed in 1998 and builds upon the Health And Safety at Work Etc. Act 1974.   PUWER, as the title suggests, places legal responsibilities on those who provide or use work equipment. The definition of “work equipment” is rather broad. The… Read more » 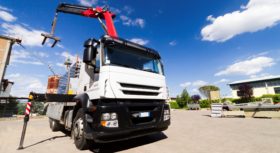 Once you’ve got your HGV training done, you might be wondering whether it’s worth getting yourself HIAB qualified. And it’s fair to say there are a fair few myths about HIAB training out there. It can sometimes be thought of as an unnecessary expense. Old hands will tell you that the best way, no, the… Read more » 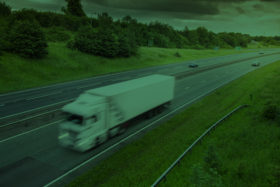 9 Signs You Should Invest in HGV Driver Training

If you’re wondering whether to invest in HGV driver training then the answer is probably yes. Both employer and employee benefit from an ongoing training and development philosophy so you really have nothing to lose and lots to gain.   For the employer it can help them achieve a greater level of efficiency and effectiveness… Read more » 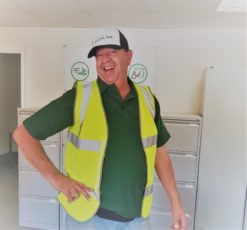 Harvey: You’re Up! (grading your licence)

We’re At It Again Meet Harvey. Harvey has been working with Backline for around 4 years – driving both vans and 7.5 tonne vehicles for a variety of clients.   To reward Harvey for his loyalty, and as part of our ongoing programme of up-skilling our driver pool, we took the decision to put him… Read more »

The Worst Advice We’ve Ever Heard About Driver Training

Acquiring your HGV licence is both a serious business and a sizable investment. So, doing your driver training can be nerve racking. Not only because of the cost, but because the internet on this topic is full of horror stories.   So, we’ve put together this list of some of the worst advice we’ve ever… Read more » 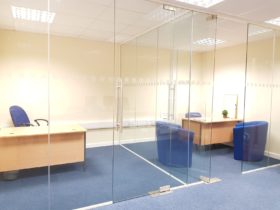 Avonmouth Upgrades Site Due To Success

Backline Avonmouth Thanks to continued growth, and a high demand for training, we are pleased to announce our Avonmouth branch has completed its move! Now based in a self contained unit on the Avonbank Industrial Estate, full details of the Branch can be found here.   The larger unit comprises a spacious office, with two… Read more » 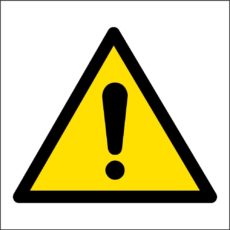 Employers: Are You At Risk?

Did You Know?   Everyone knows that a successful business has to have good Health & Safety procedures in place, and the vast majority do. We have, according to HSE figures, the lowest workplace fatality rate of all the EU countries and we also fair well when it comes to work days lost through sickness… Read more »

Where Do I Start? The road to becoming an HGV driver can seem complex and daunting if you’re new to the industry. Or, as is often the case, you might have been given different information on what you need to do to obtain your licence.   Here we’re seeking to make it as simple as… Read more » 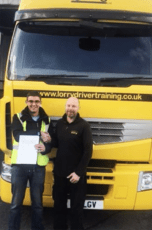 Another Driver Upgraded You will see from our “Why Join Backline?” page the importance we place on looking after our field staff. Part of the investment that we make in them is training and up-skilling.   Our internal training division regularly takes people through Driver CPC, Forklift and HIAB training. This year we have also… Read more » 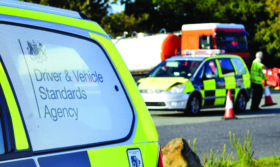 Driver & Vehicle Standards Agency The DVSA, previously Vehicle & Operator Standards Agency (VOSA) prior to merging with the Driver Standards Agency (DSA), has been cracking down hard on drivers breaking the rules.   Drivers and operators alike have found that, since the agency became a self-funded organisation, it has appeared to be more zealous… Read more »