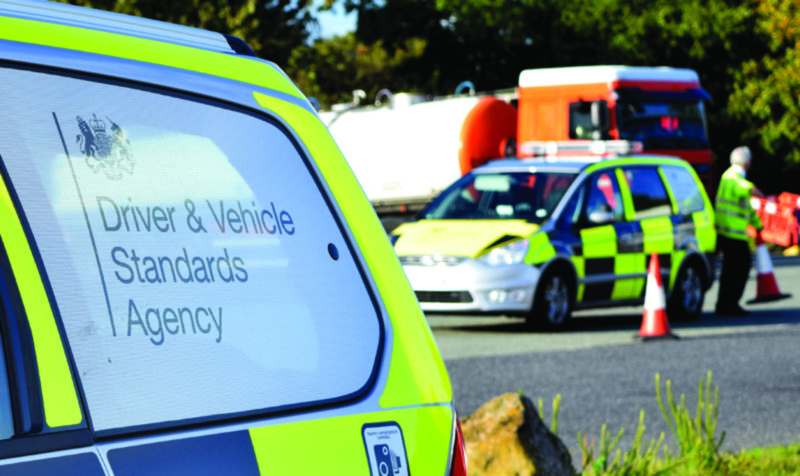 Drivers and operators alike have found that, since the agency became a self-funded organisation, it has appeared to be more zealous in the issuing of fines for infringements.

What Have They Been Doing?

A driver who works for a client of ours recently contacted us with a warning. He had been working as a driver’s mate when the vehicle he was in was pulled over. Being a qualified HGV driver, he was required to have his digital tachograph card in the VDO. However, he was not aware of this and thought, as he was not performing any driving tasks that day, it wouldn’t be required.

When the DVSA office discovered his driving licence status, he was promptly issued with a £300 fine. This comes after DVSA have announced that they will be issuing fines for any infringements within the last 28 days. This was a change to the previous approach, where infringements only for the current day would have incurred a penalty.

How Should I Know?

You may think that this sounds like a harsh approach. However, as a professional driver with Driver CPC qualification, he should have been aware of the rules.

Many drivers see the CPC as a waste of time. Quotes can be easily found on online forums with comments such as

(Poll): Is the driver CPC a waste of time?

Despite this, there are numerous instances of drivers receiving fines for things that, when done properly, Driver CPC would ensure they were able to avoid.

What Can I Do?

It’s quite simple – to avoid getting a fine, you just have to make sure you’re abiding by the rules and regs that govern you as a professional driver.

These rules and regs are constantly being updated, so the Driver CPC is a perfect opportunity to refresh your knowledge and potentially save yourself some money in the process. After all, it’s something all professional drivers are required to do, so why not make the most of it?

How We Can Help

Our Driver CPC modules cover all the basics including Driver’s Hours, Digital Tachograph Regulations, Vehicle Defect Checks and Vehicle Safe Loading (among a host of other modules). These are the areas where drivers and operators are most likely to receive a penalty.

Not a driver? Not a problem. We welcome planners, schedulers, supervisors and managers onto our courses too. The more awareness there is of the rules, the less likely an infringement becomes.